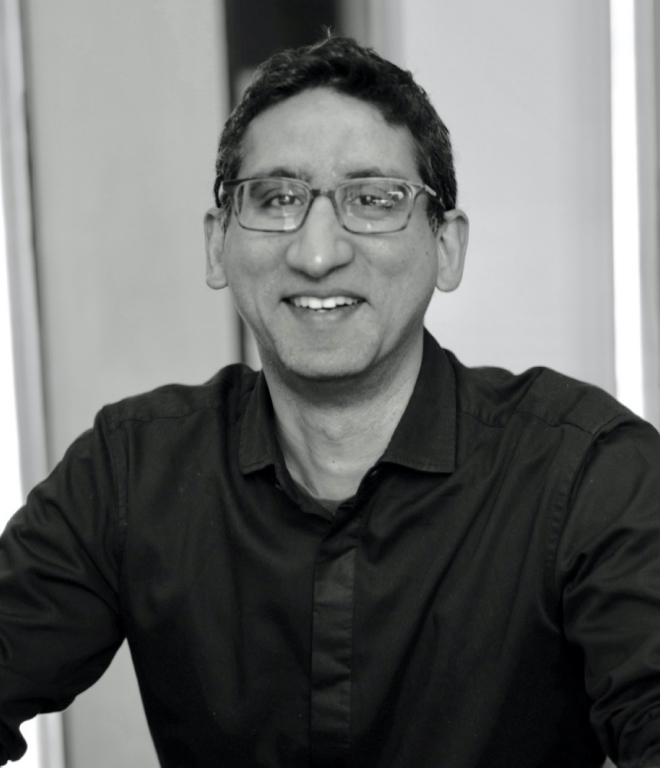 Arjun Chopra is a Partner at Floodgate. He leads the firm’s investments in opportunities that transform the “IT stack” in ways that help companies change the way they do business and compete.

Before Floodgate, Arjun was the CTO at Cambridge Technology Enterprises (CTE), a publicly traded cloud services company, where he launched and led their cloud business. He was a member of the board and executive team that raised multiple rounds of financing. He led 350+ people, managed 200M hours of uptime in the public cloud and was recognized as one of Amazon Web Service’s top 22 partners world-wide. Arjun joined CTE when they acquired Vox Holdings, the open source startup he founded.

Arjun holds multiple technology patents that have been cited as prior art by firms like Apple, AT&T and iRobot. He has also held several technology development and management positions in consumer and enterprise software companies, including Microsoft, Motive and IBCC.
‍

I wasn’t looking to be a VC. Before Floodgate, I founded Vox Holding.  We were acquired by Cambridge Technology Enterprises (CTE), a publicly traded IT services company. I became their CTO. My mandate was wide open: figure out what to do with the cloud. Fast forward four years, the cloud had come into its own. I lined up capital to build or acquire a similar company to CTE.

It was around this time I reconnected with Mike Maples. Right out of college, I joined his previous company, Motive, as an early employee and stayed through the IPO. We’ve been in touch ever since. I officially joined the Floodgate team as a partner in 2015.

I know the journey as a founder myself. There are so many dark days. But, the people who take the risk and shape the world with their vision are awe inspiring to me. What I love about Floodgate is that everyone is in service to the entrepreneur. It’s humbling to see the founder's visions and it’s exhilarating to help them grow.
‍

We are blessed to live in a time where all we need is a laptop and an internet connection to have a chance to change the world. There isn’t a week that goes by where I don’t meet somebody where I find myself thinking: if this thing works out, they may change the trajectory of mankind. I feel privileged to do what I do everyday.